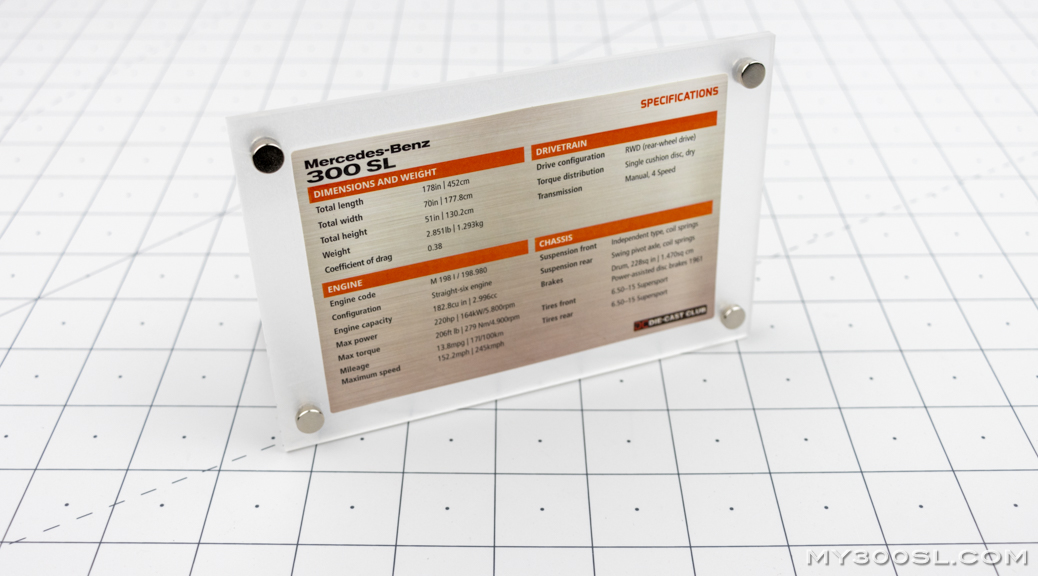 If you signed up for the subscription-based version of this Eaglemoss 1:8 scale Mercedes-Benz 300 SL Gullwing partwork build-up, you will receive four FREE gifts along the way. The first gift was a Toolkit and the second was the first Collector’s Binder. This third gift, the Specification Stand, should have arrived with my 4th shipment, but it was delayed for months. I actually received the third and fourth gifts at the same exact time.

The Specification Stand is composed of a few parts and does not include any assembly instructions. The specs are printed on a sticker that is applied to a opaque piece of plastic. A duplicate piece of the same plastic is included, but without a sticker. It also contains four decorative screws and two (2) pairs of standoffs, each pair being different lengths. If you need help building this, check out my existing GT-R page on it.

It is basically the same item as my other spec stands and it is nice, but I don’t know if I will use it. Here is a closeup of the data: