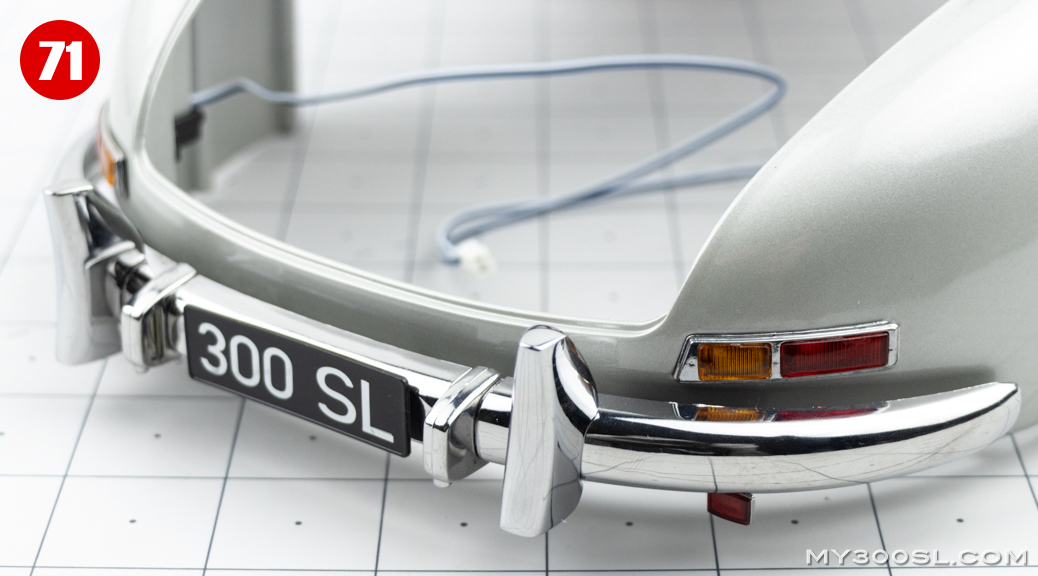 “Fit the left and right rear light clusters, bulb holders, and LEDs to the rear of the main body shell.” Materials: Everything in this phase is plastic. Fit the leads of an LED on the Rear LEDs and Wires cable into this slot of the Rear Left Bulb Holder, as shown.

On my model, both of the Bulb Holders were exactly the same – I don’t think it matters: Carefully turn the Body assembly upside down and slide this assembly through the holes behind the rear lights, as shown.

I had some left over pieces of the Body casting in these holes and had to scrape it out with my screwdriver. When this is installed, be sure it does not push the rear lights out of the Body: Secure this Rear Left Bulb Holder into the Rear Left Light Cluster through the Body assembly with one (1) RP screw: In the same way, repeat the previous steps on the right side using the remaining LED on the Rear LEDs and Wires: Once again, they could have added LEDs into the turn indicators too, but did not. Still, the rear end of our 300 SL is looking great!