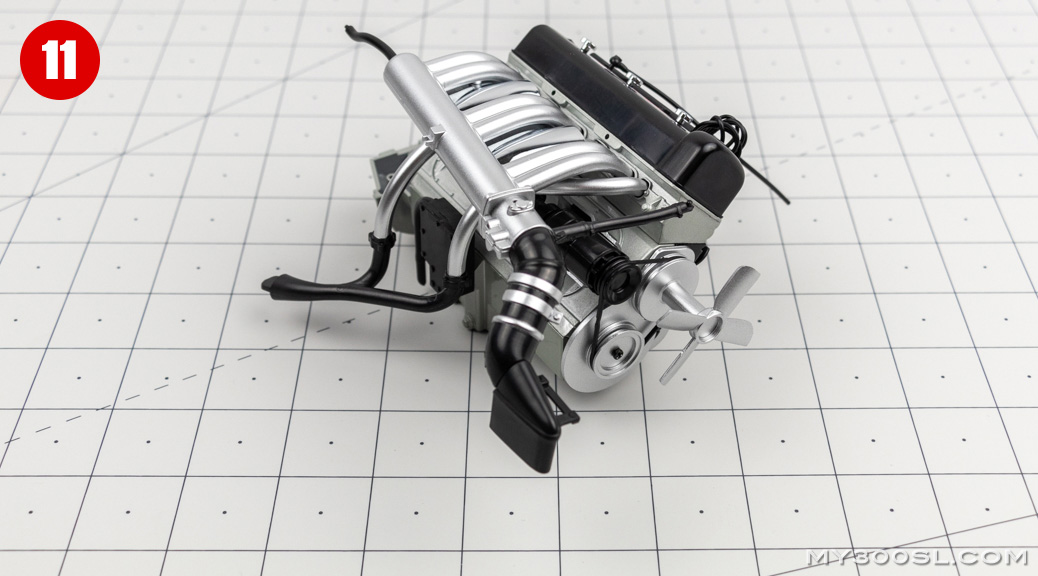 “In this phase, you will put together the engine fan assembly with its fan belt and pulleys, which will then be fitted onto the 300 SL engine block.” 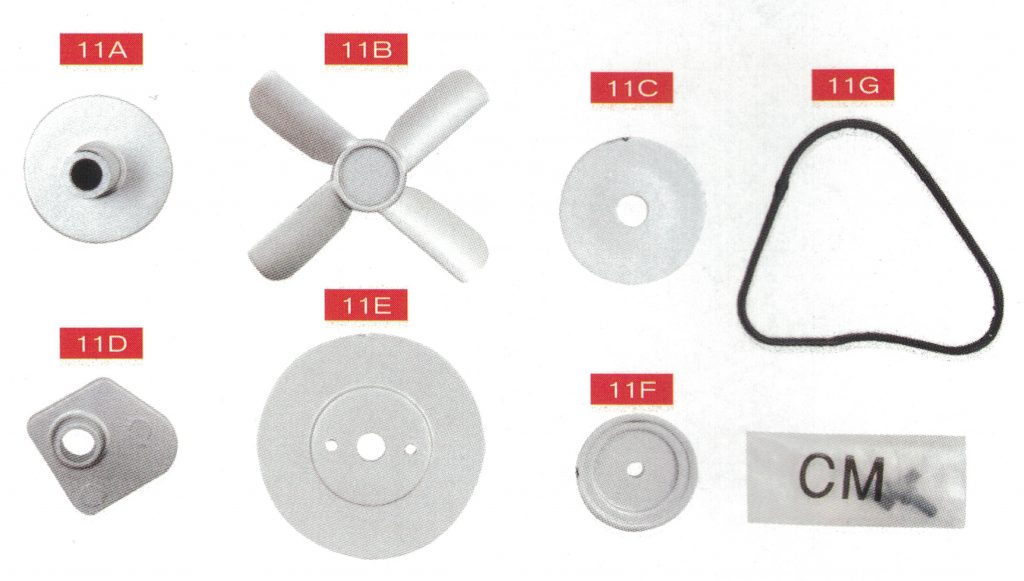 Materials: Everything in this phase is plastic, except for the Fan Belt which is soft PVC rubber. 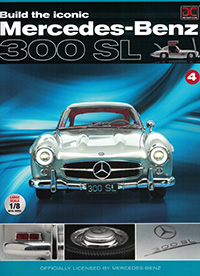 Retrieve the engine assembly from the previous phase. Then, fit the Crankshaft Damper Pulley to the engine (with the widest side facing towards the engine).

There is a protruding post on the lower front of the engine that is keyed for this pulley: 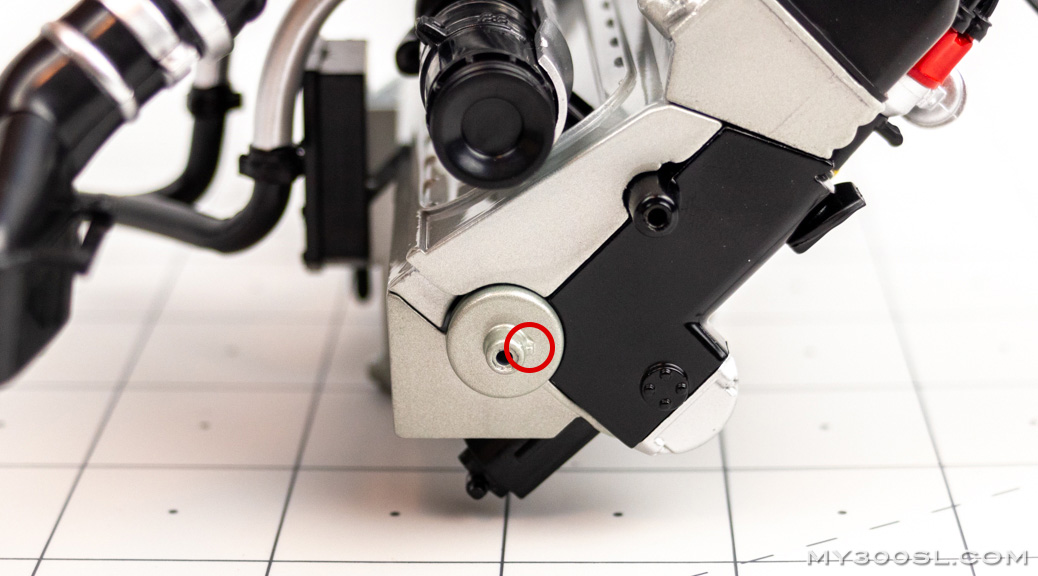 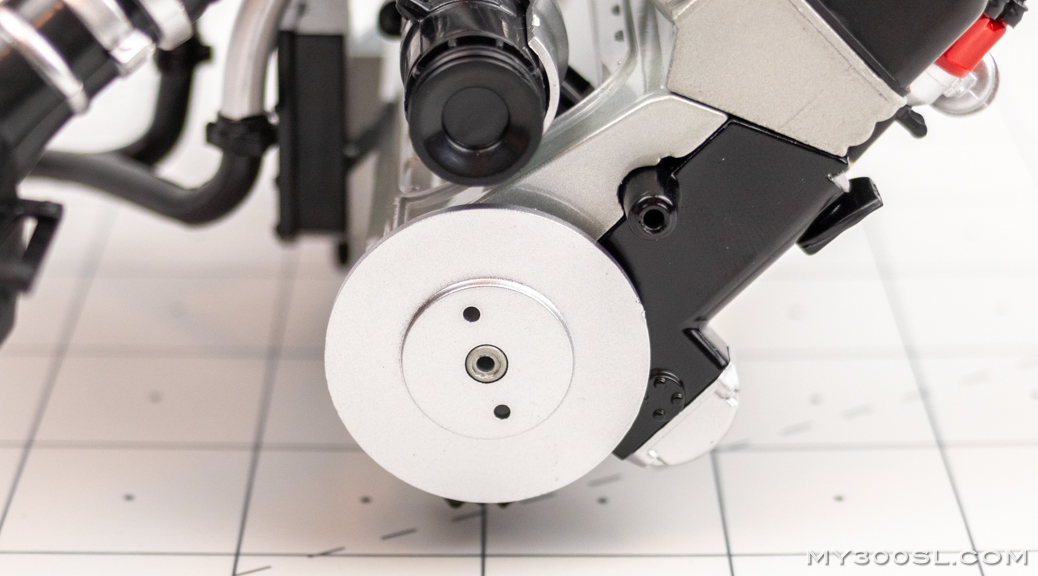 Next, fit the Pulley (Crankshaft) onto the Crankshaft Damper Pulley, aligning the two pins (circled below) to the matching holes: 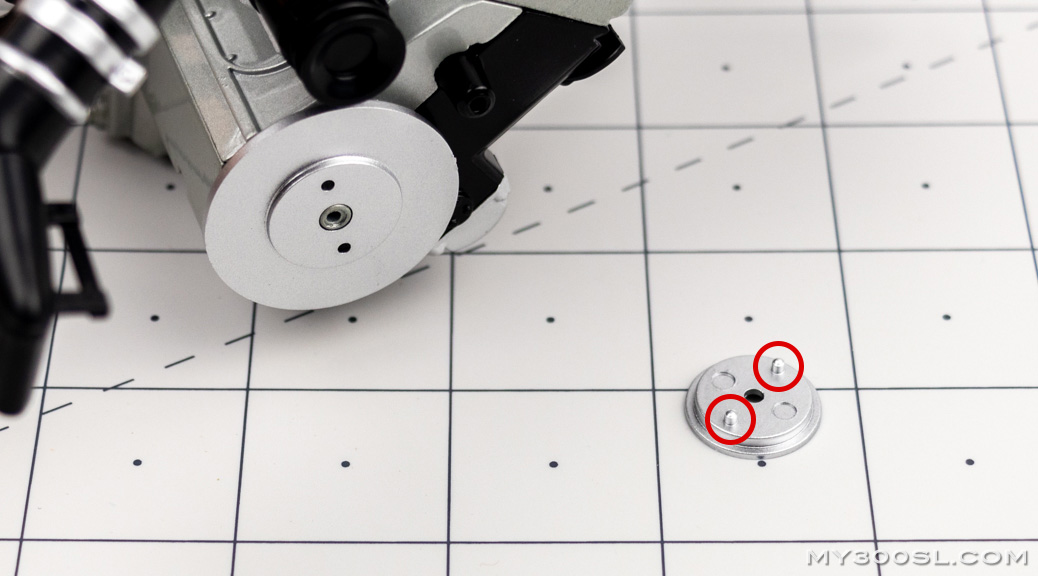 Finally, secure both pulleys to the engine with one (1) CM screw. 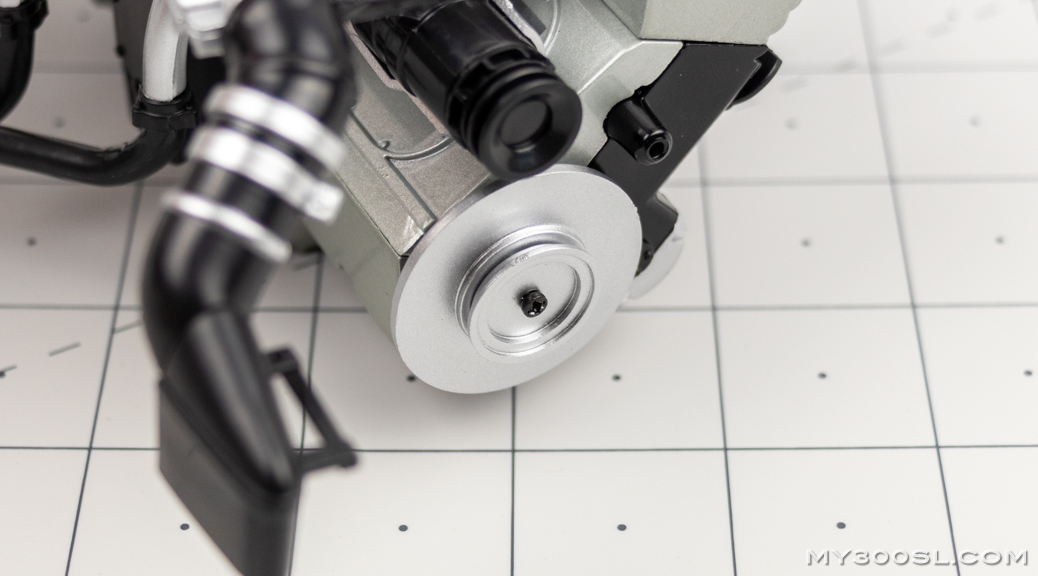 Slide the Fan Support Backplate over the protruding post above the crankshaft pulleys, aligning the keyed tab to the matching slot: 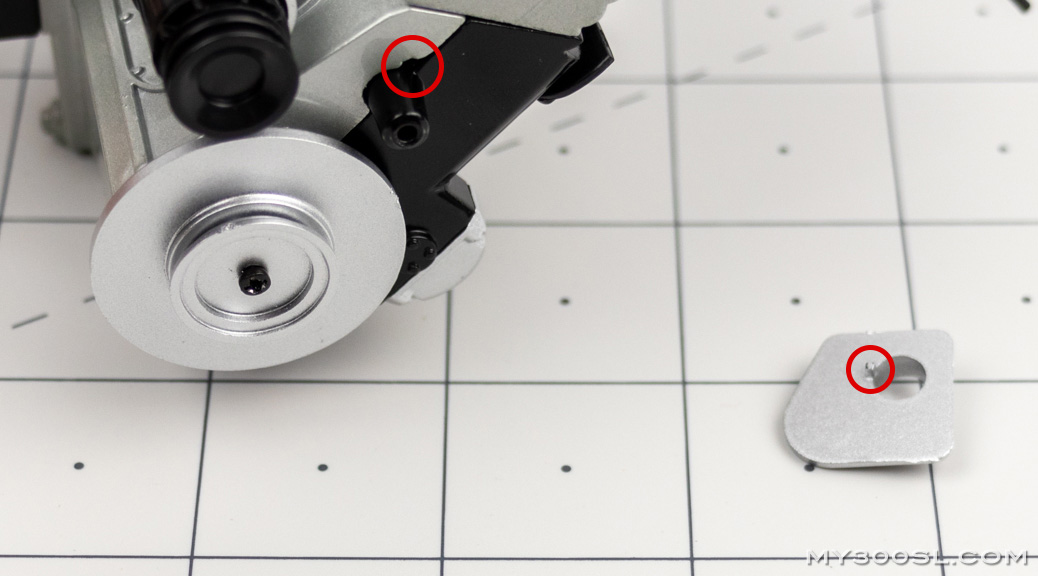 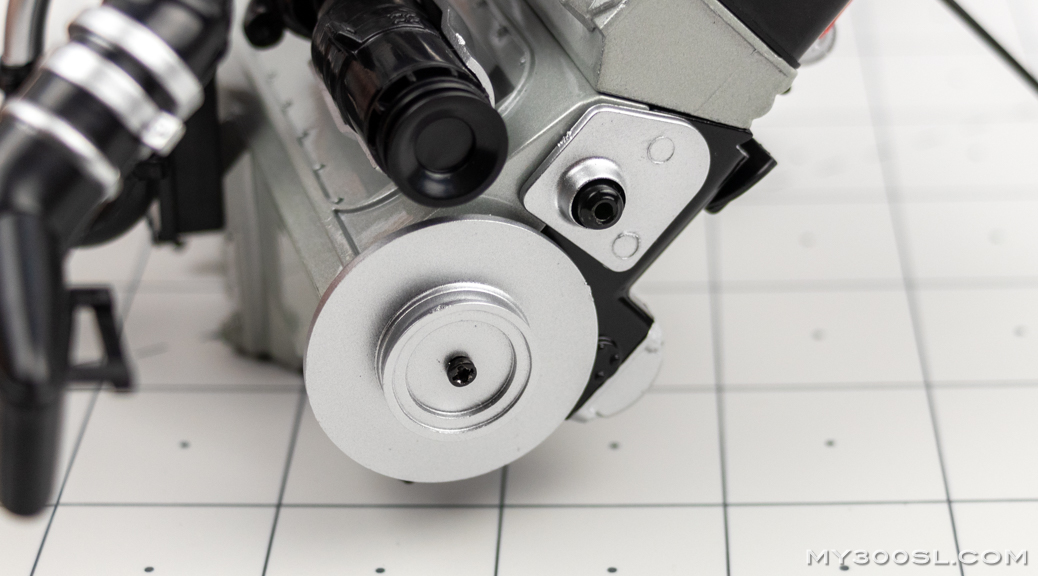 Next, slide the Pulley (Fan) over the post, as shown: 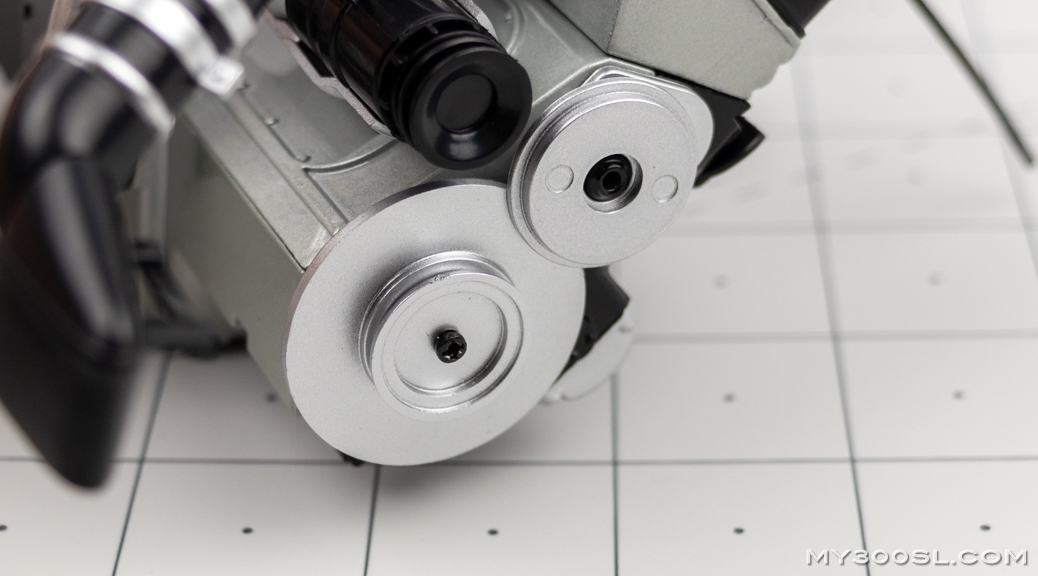 Finally, slide the Fan Drive Shaft over the post and secure with one (1) CM screw.

You may need a long skinny screwdriver (such as the one supplied with the build) to get down inside the shaft: 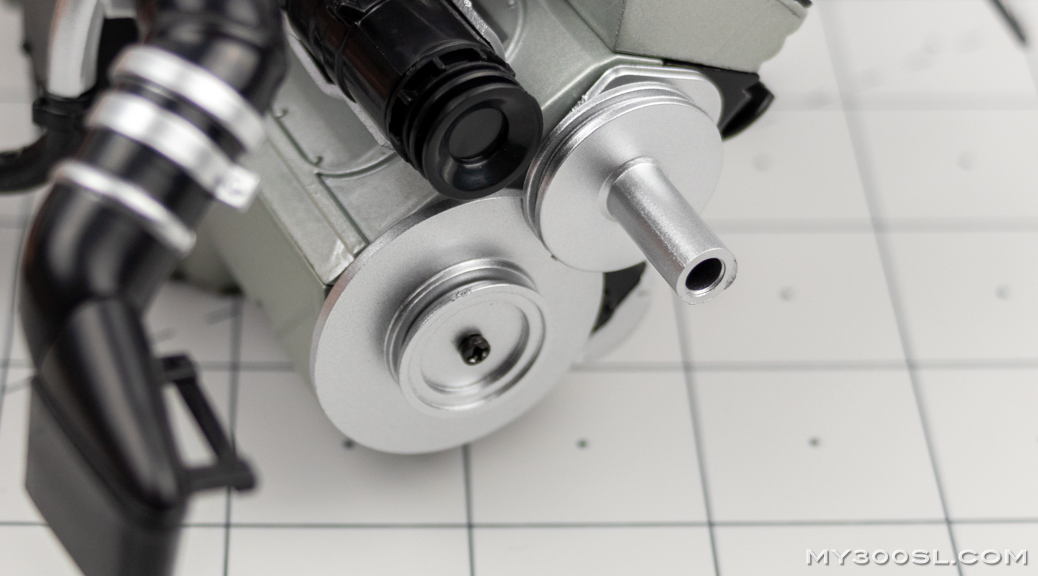 Wrap the Fan Belt around all three pulleys.

The Fan Belt is pre-shaped, so it is best to match the shape to the layout of the pulleys: 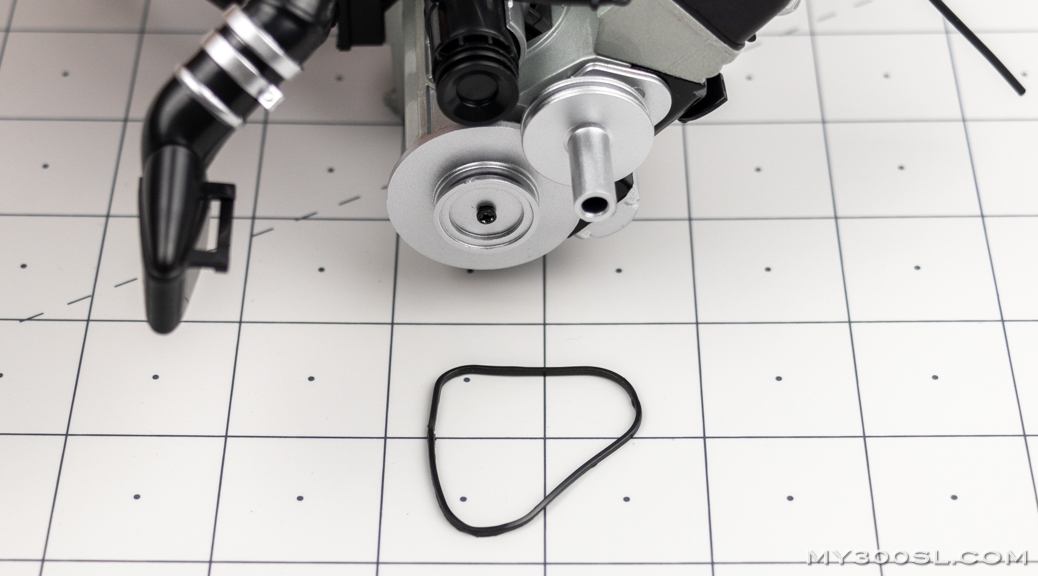 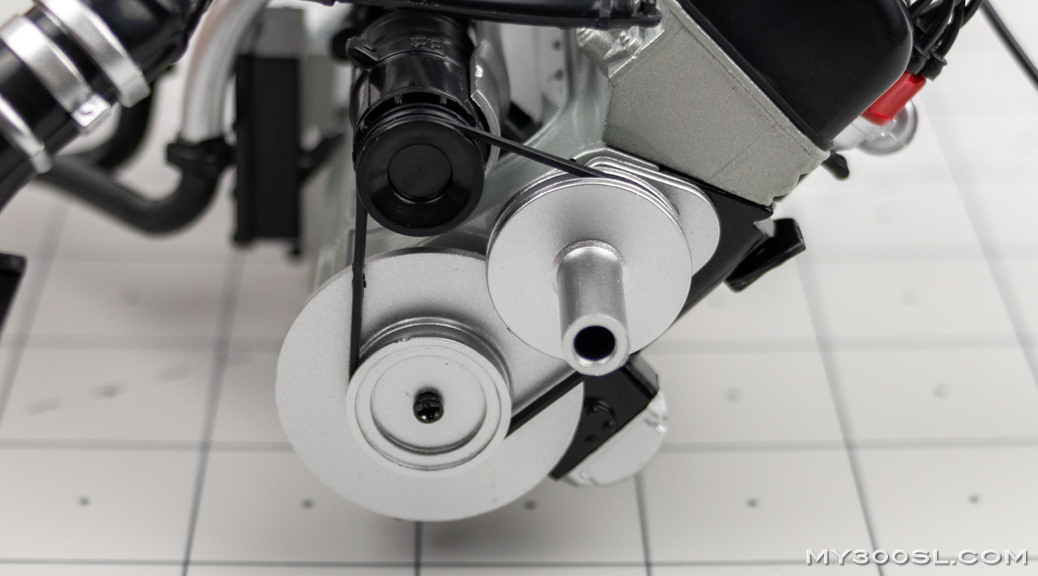 Press the shaft of the Fan Blades into the end hole of the Fan Drive Shaft: 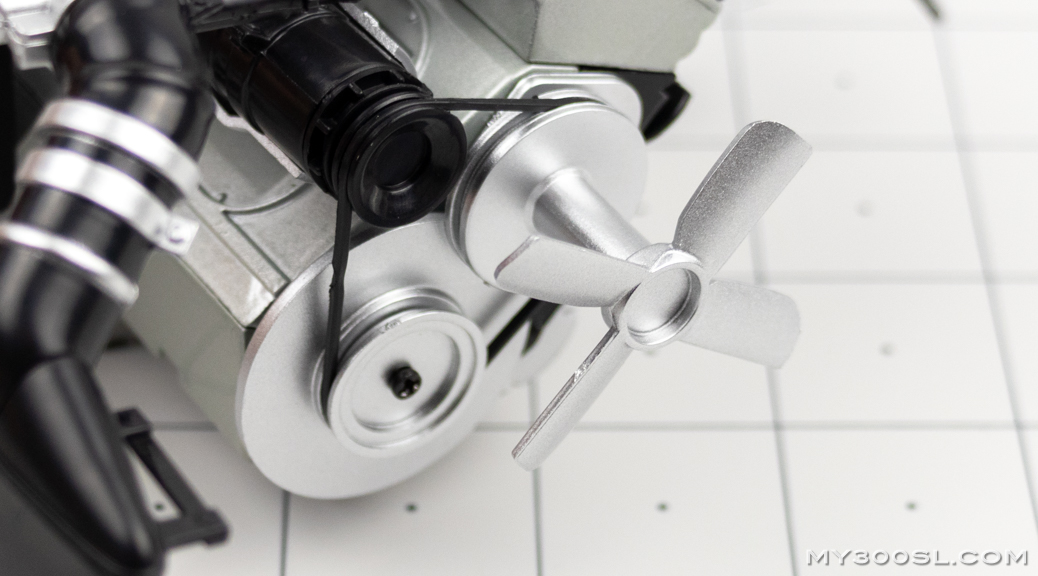 With this phase complete, we only have some oil lines to run in the next phase and the engine will be finished!