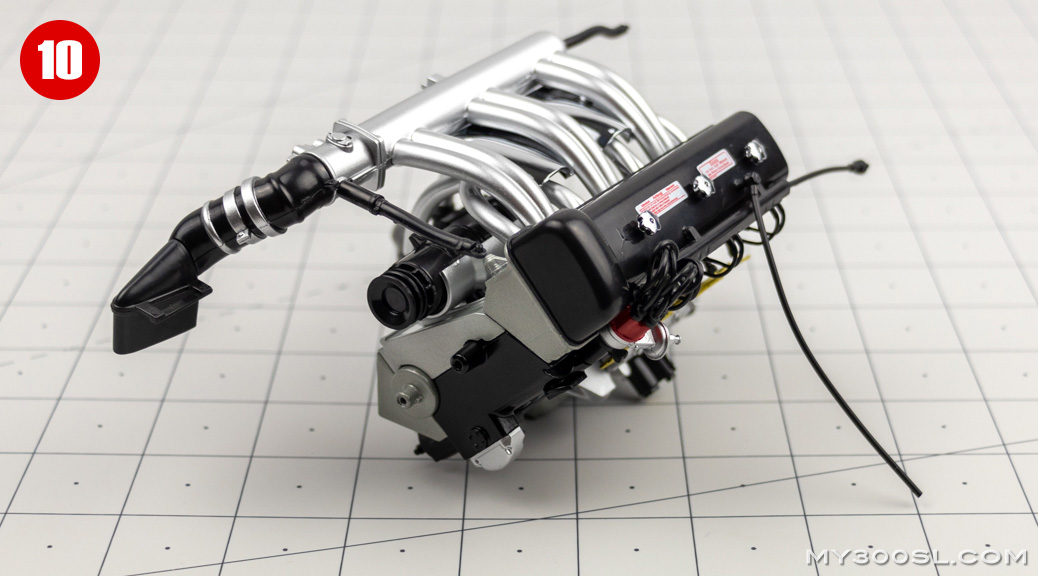 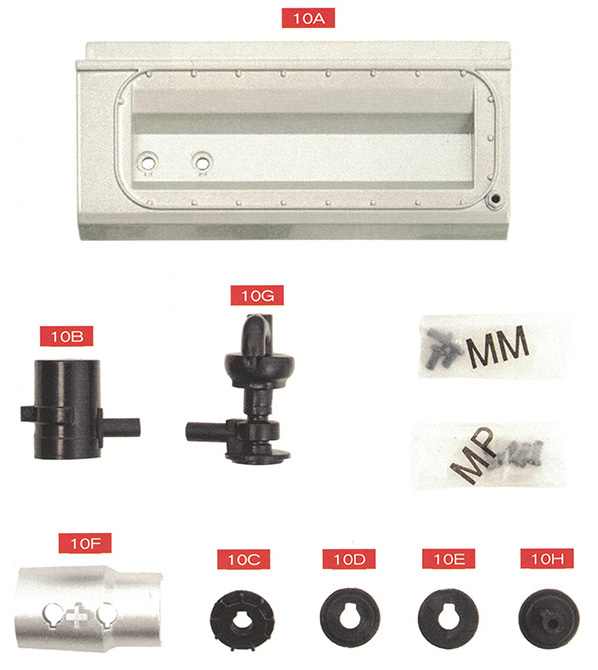 Materials: Everything in this phase is plastic, except for the metal Right Engine Block.

The Alternator and the Water Pump

The picture supplied in the instructions describes many of these part names differently. I will be using the names from the part list above. I also decided to break down this single step into smaller steps to make assembly easier to understand.

First, lay the Alternator Axle on your work surface and note the keyed post: 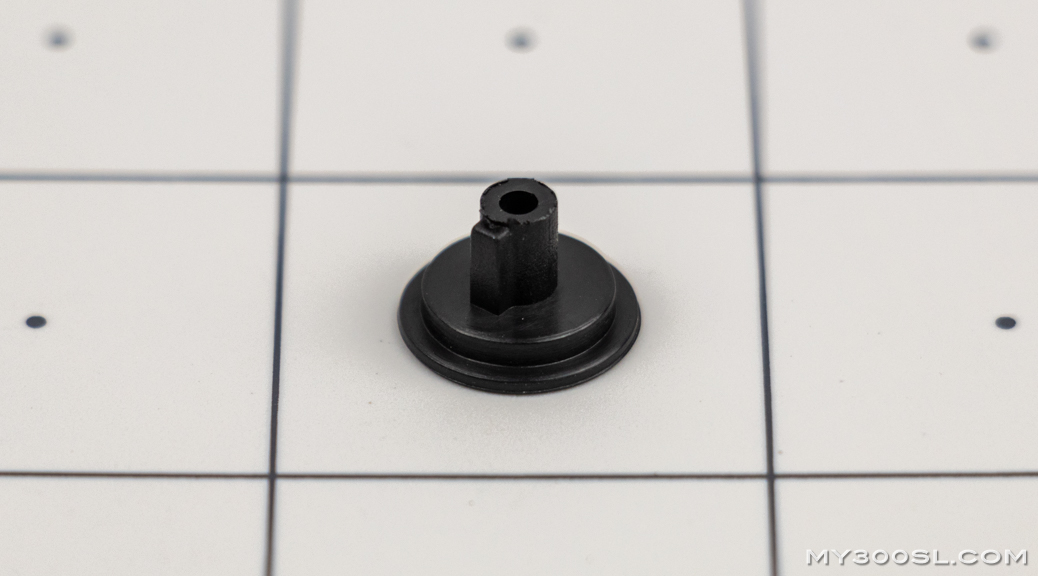 Slide the Pulley Spacer over the end of the Alternator Axle, matching up the keyed holes: 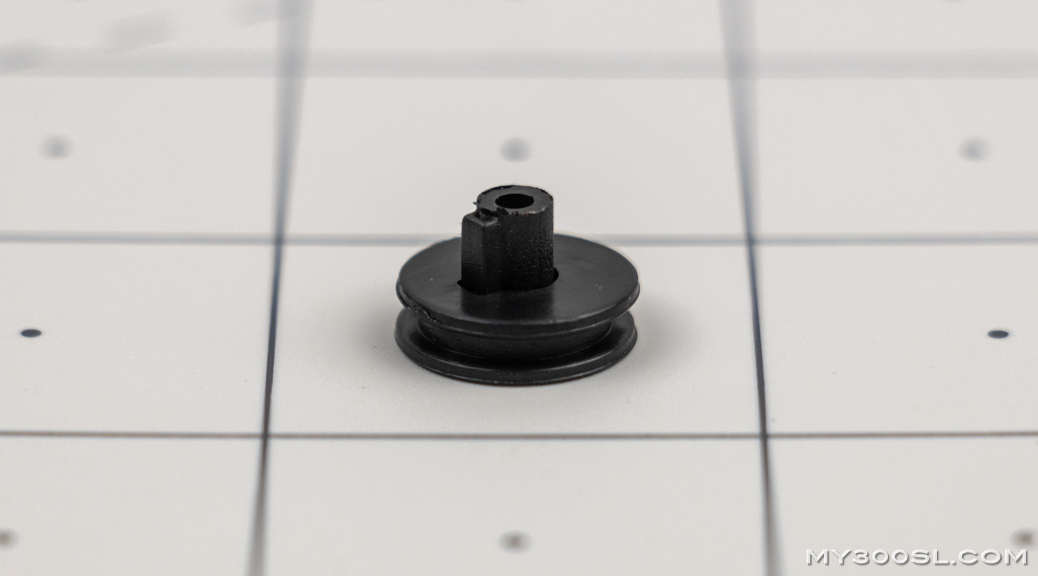 Next, slide the Pulley onto the Alternator Axle, with the raised section (circled below) facing the Pulley Spacer: 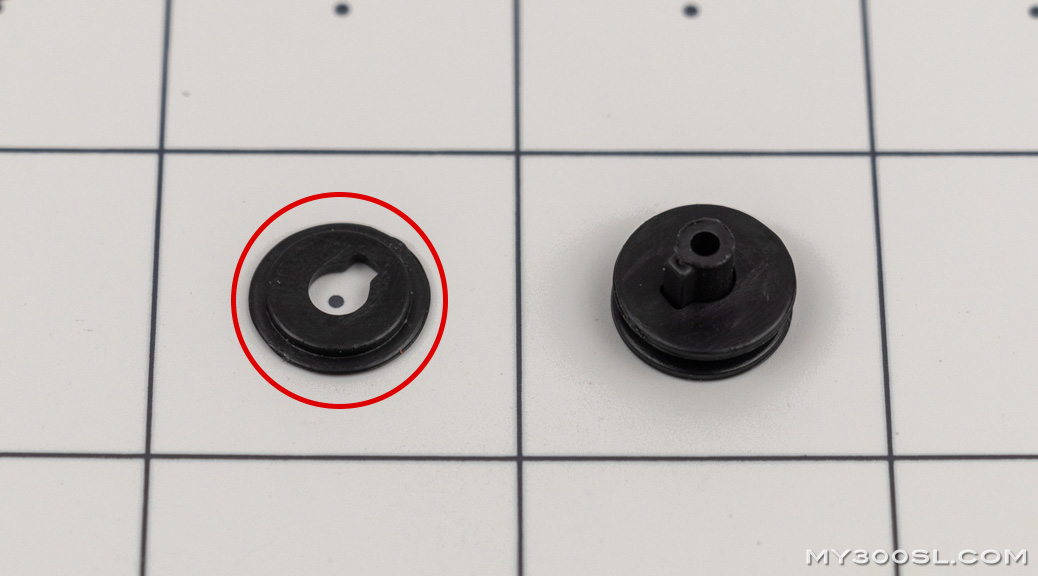 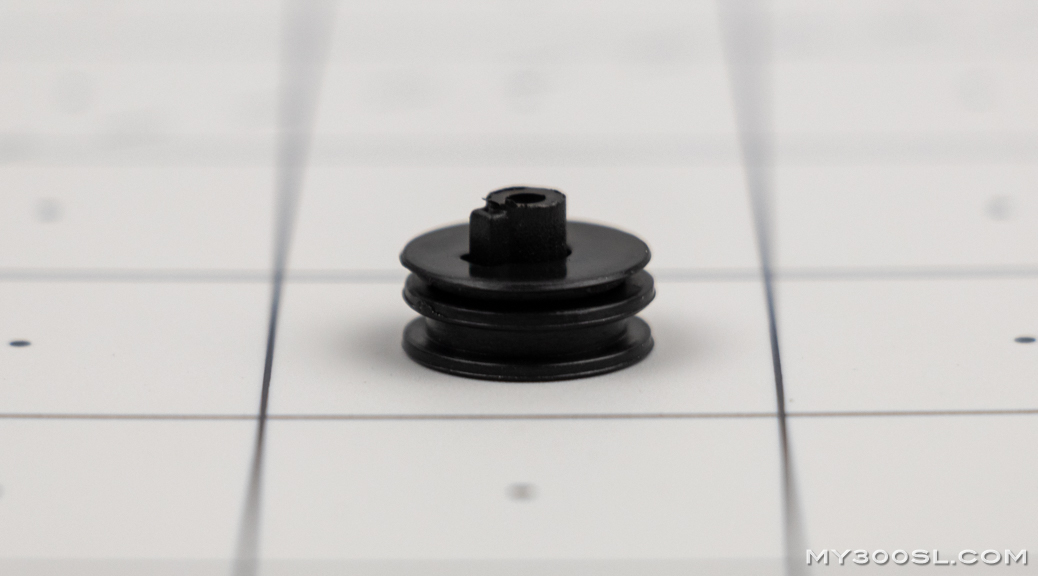 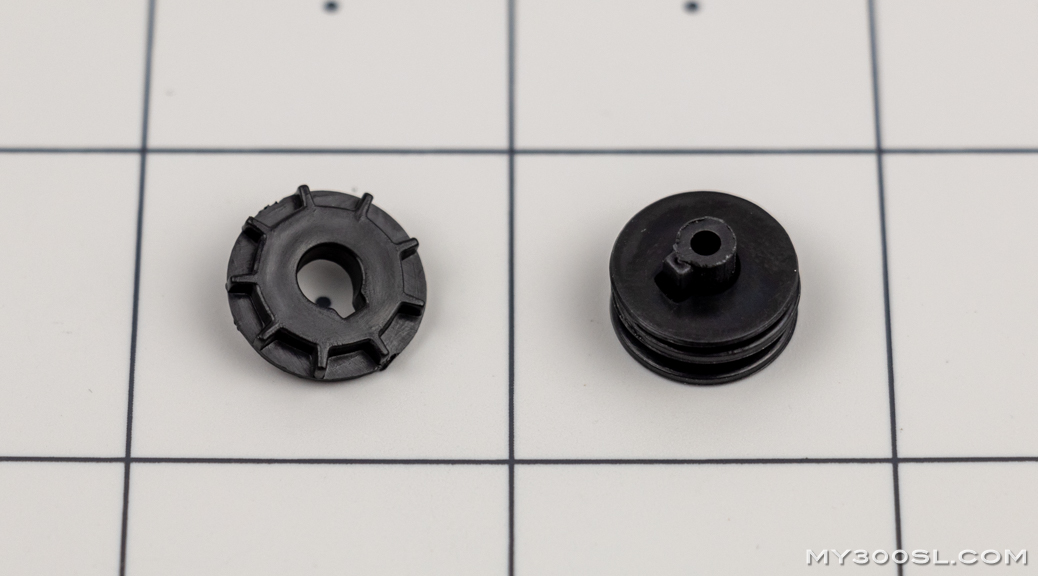 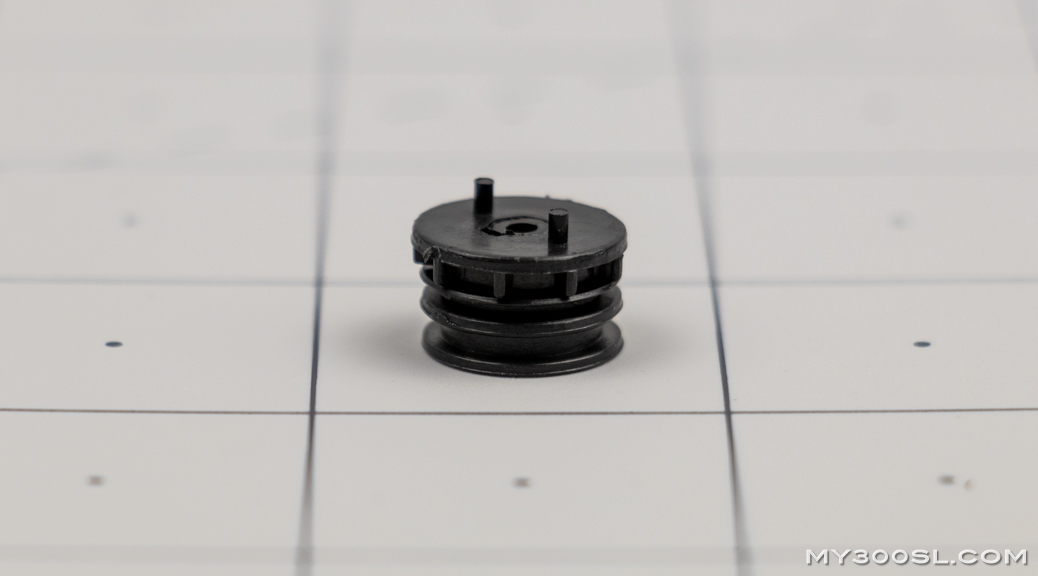 Finally, press the entire assembly into the Alternator, aligning the two pins to the matching holes (circled below)… 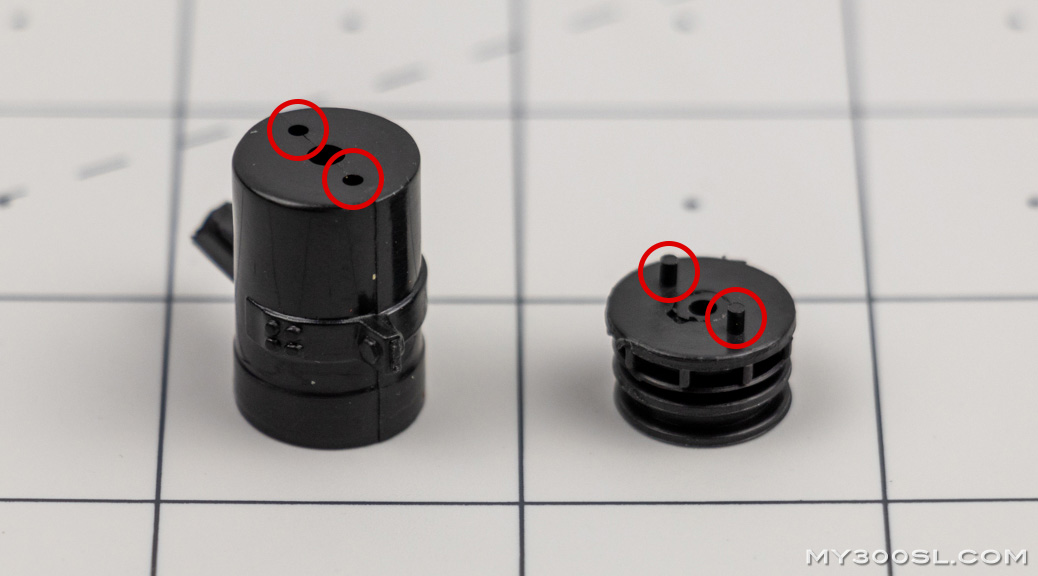 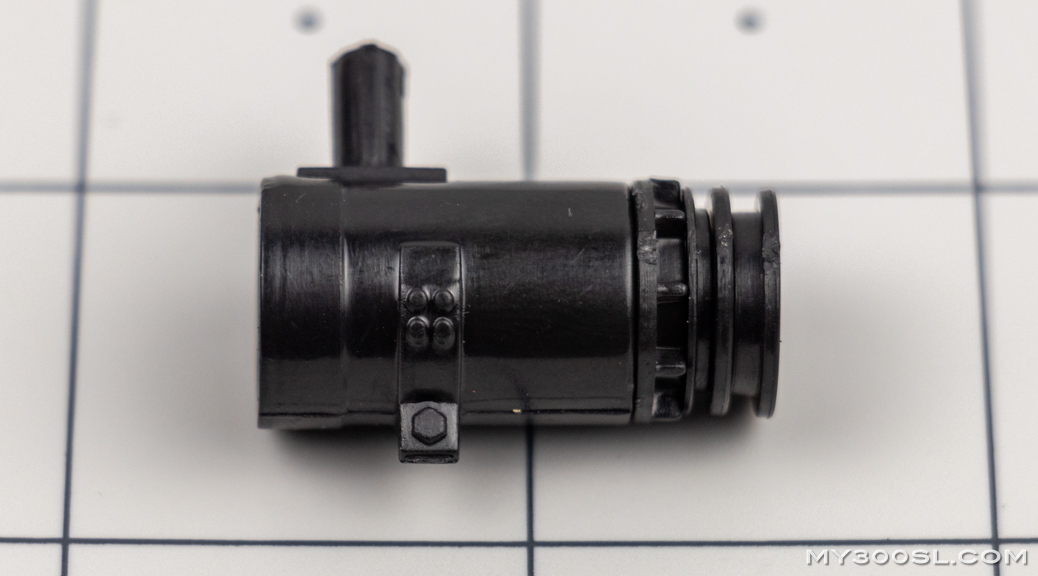 …and securing it all together from inside the Alternator with one (1) MP screw: 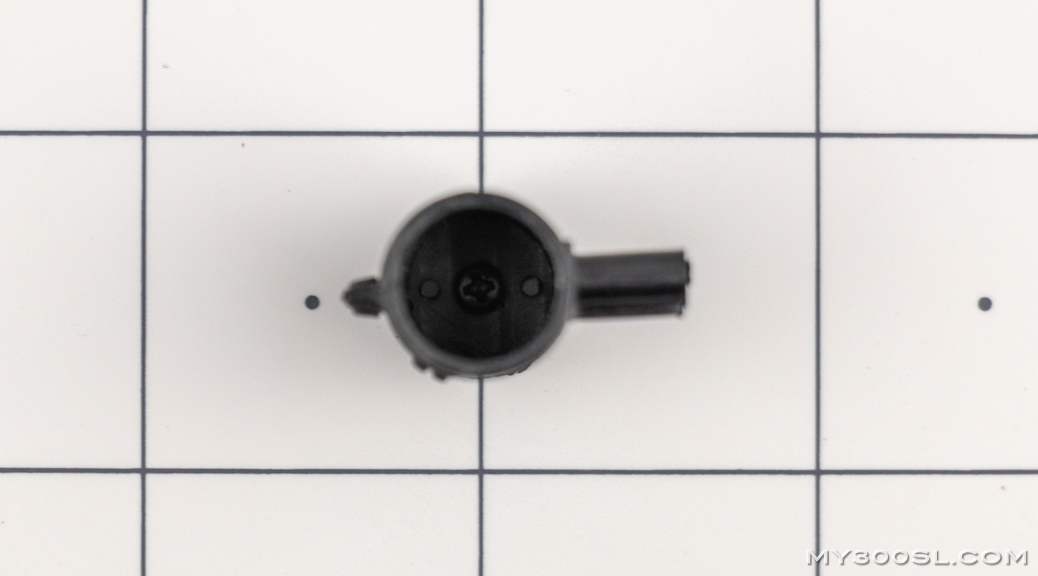 Press the Water Pump into the matching hole in the other end of the Alternator, so that these two posts (circled below) line up: 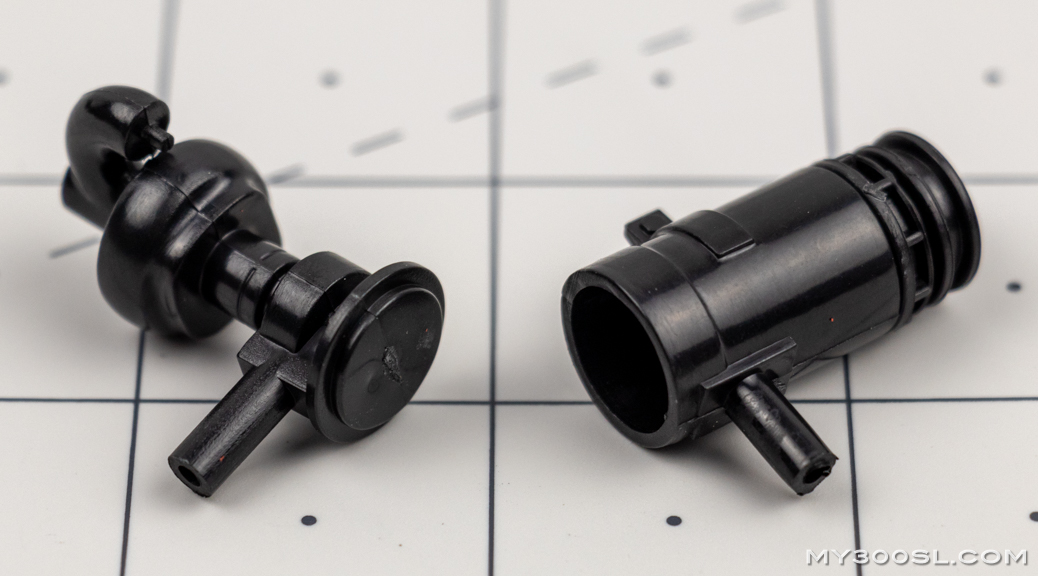 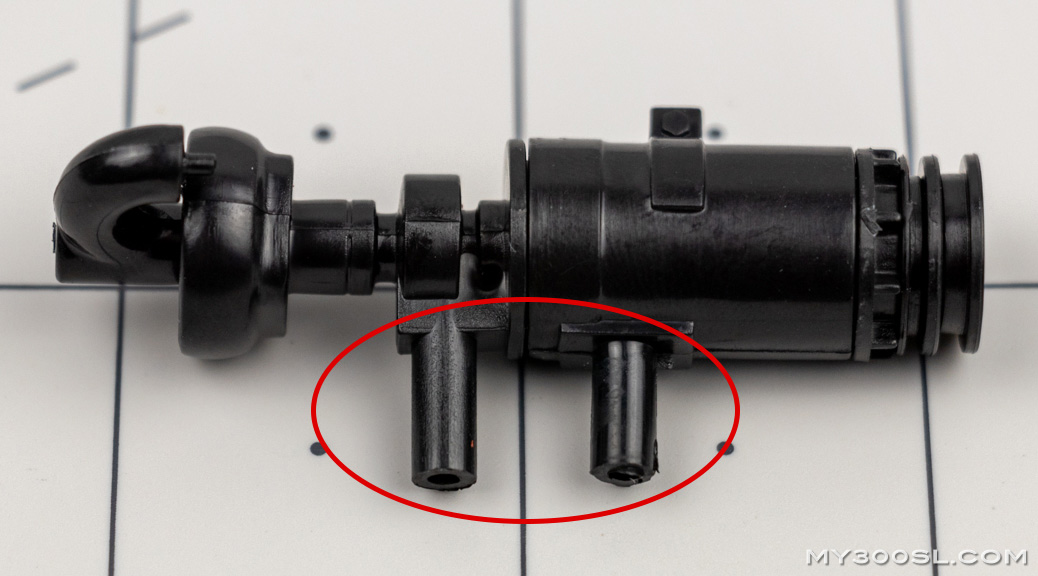 Then, fit the Alternator Shield over the posts, aligning the keyed holes: 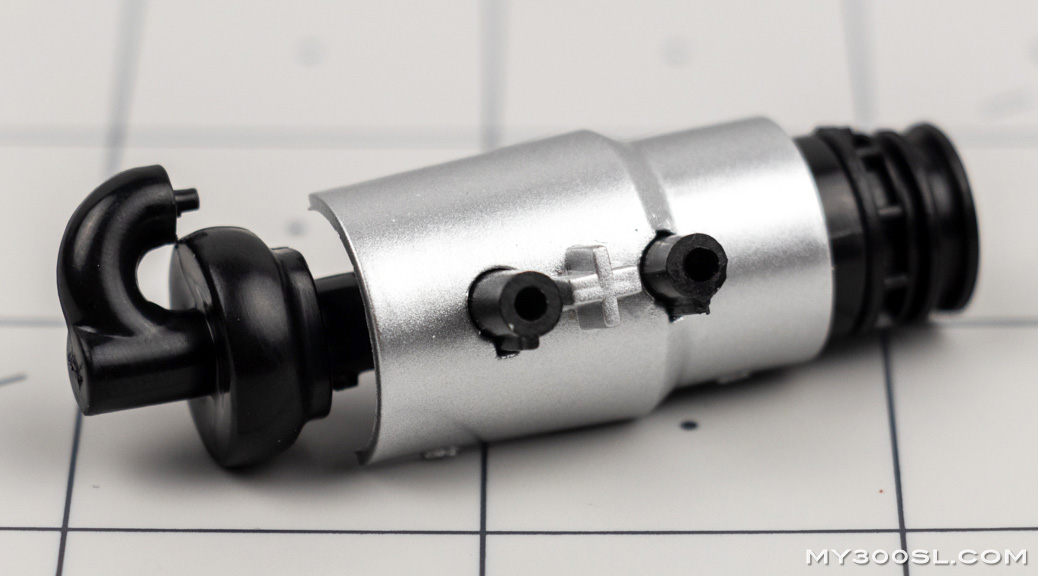 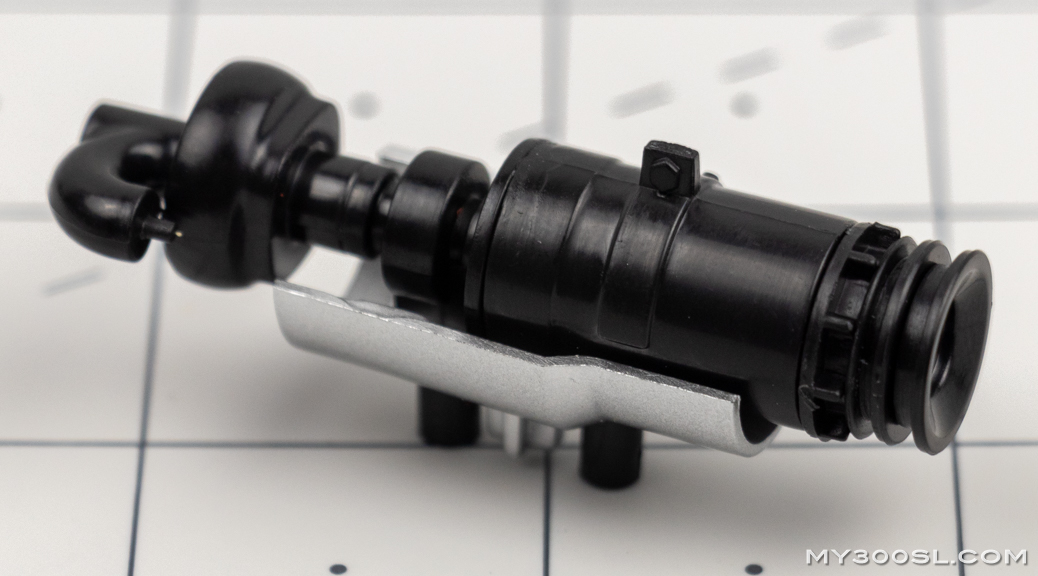 Attach this pump/alternator assembly to the Right Engine Block.

The keyed pegs of this assembly match these two recesses in the engine block: 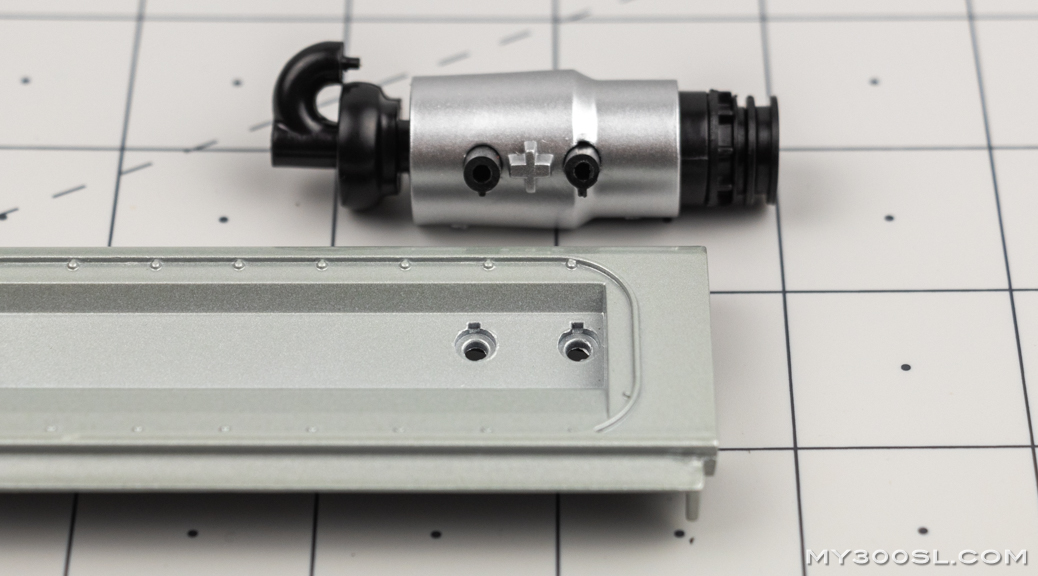 Fit the alternator/pump assembly to the engine block… 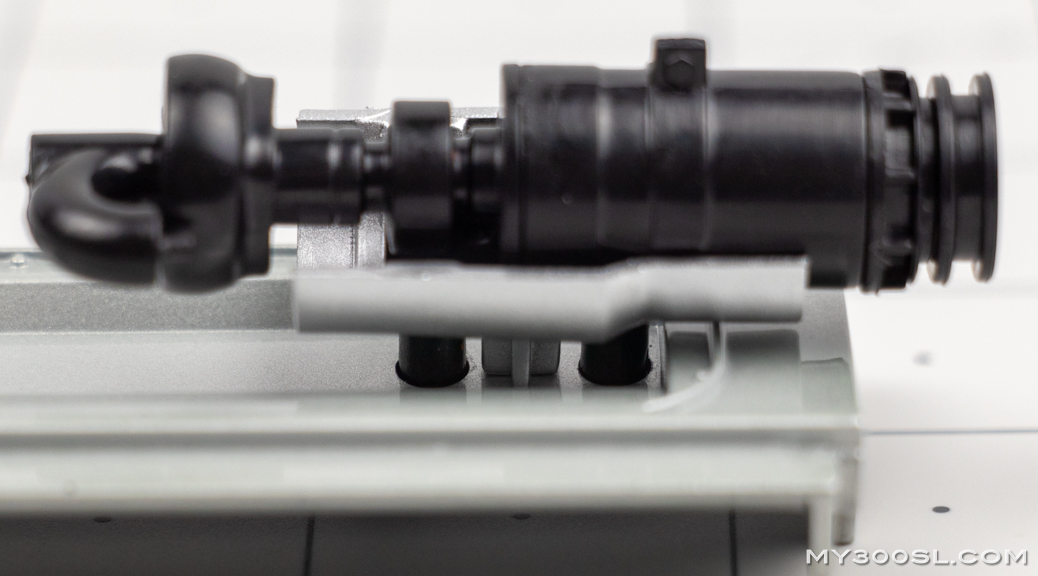 …then secure it into place from inside the block with two (2) MP screws: 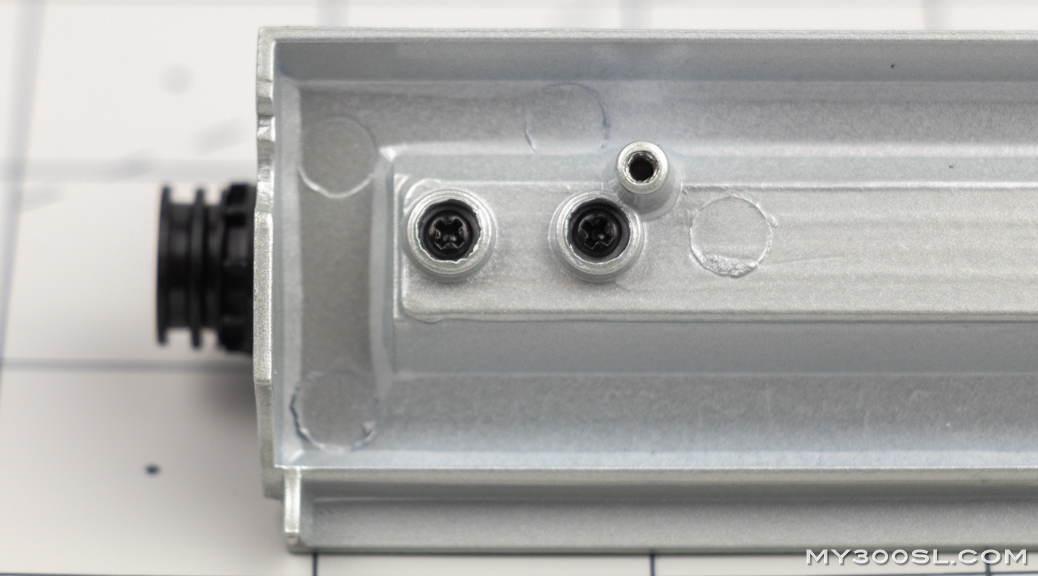 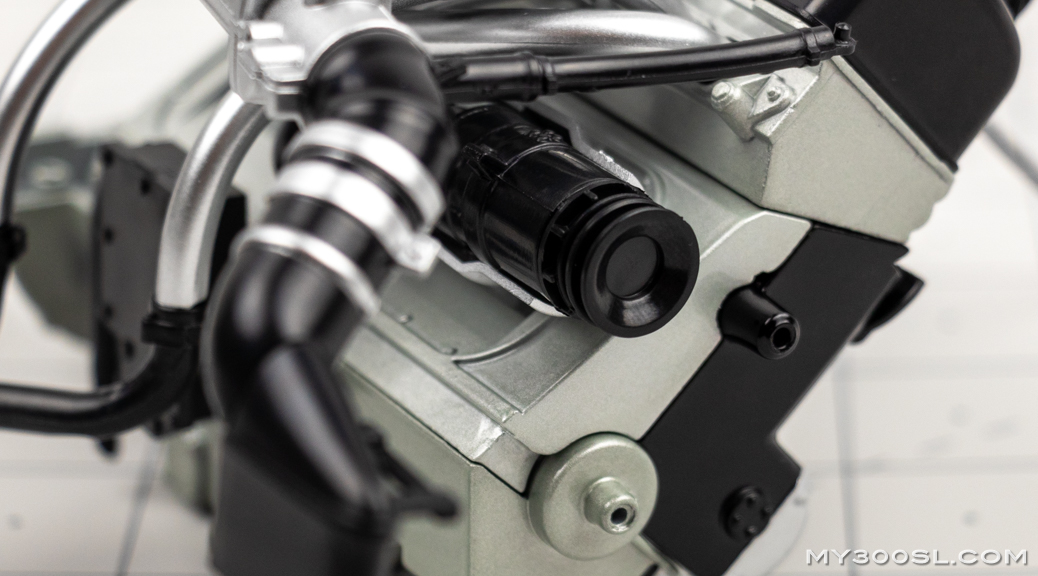 Press the engine block halves together and secure with two (2) MM screws as shown. 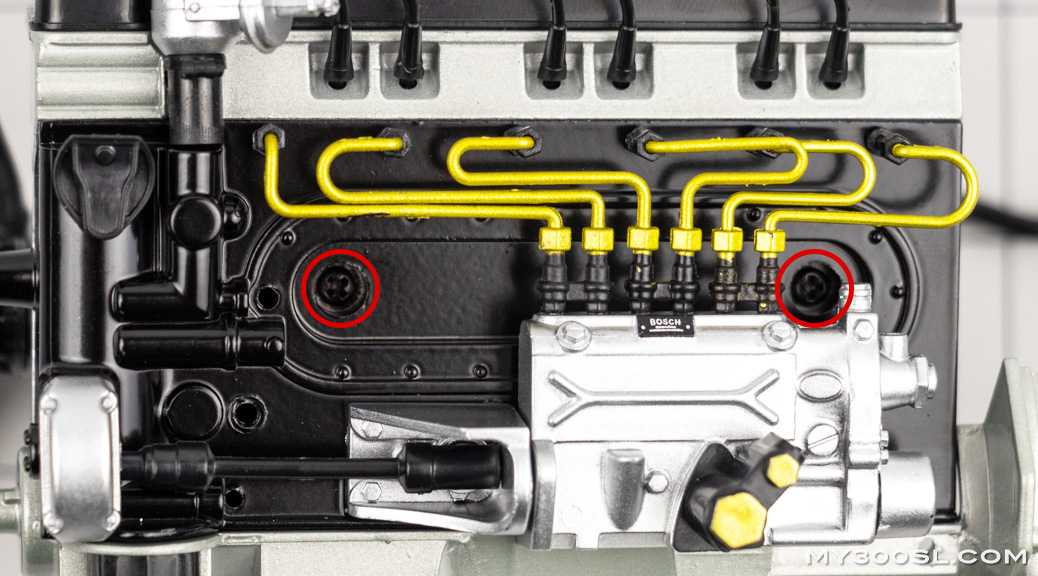 For the most part, our 300 SL’s engine is finished. There are only the fan assembly and some accessories to go. This is a great way to finish up this month’s issue and I think it looks superb!